Statement: Richard Lyle should be suspended 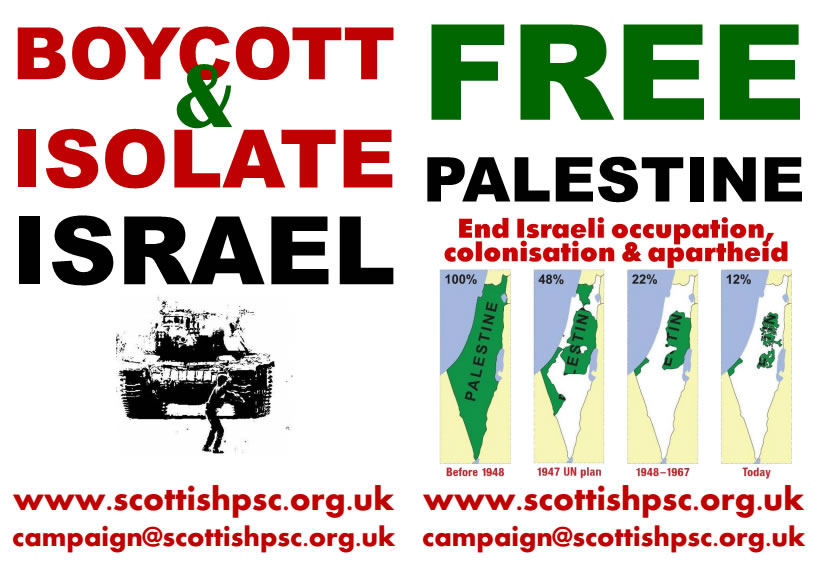 Richard Lyle is an Scottish National Party MSP and Deputy Convenor of the 'Building Bridges with Israel', an Israel lobby group that includes Israel's Honorary Consul in Scotland, the Confederation of Friends of Israel Scotland and Christian Friends of Israel, set up specifically to attack the boycott, divestment and sanctions (BDS) campaign in Scotland. He is certainly passionate about the state of Israel, joining a Tory-led delegation there in 2018 and now spewing the racism of Israeli apartheid and of its Zionist ideology.

Lyle's amendment to Motion S5M-21739 marking the 72nd anniversary of the Palestinian Nakba is not only disgraceful, it is racist. The Israel lobby believe that they have successfully shielded Israel from criticism about its apartheid and settler-colonial nature, and ensured that anyone that supports and implements BDS is smeared as an antisemite. Now, predictably, they are going directly for the Palestinians, blaming the victims for the programme of ethnic cleansing that Israel continues to this day.

We call on the SNP to suspend Richard Lyle with immediate effect, to investigate his racism toward Palestinians and his involvement with the racist state of Israel.

We also call on the SNP to publish a statement about their attitude toward Lyle's use of Parliamentary Motions to promote the discredited account of how Palestinians were cleansed from their homes, towns and villages during 1947-1949, and whether they believe it is acceptable for any victim, in this case of ethnic cleansing and massacre to be blamed. Should the Rohingya, Tutsi or Jewish people be told that the genocides perpetrated against them were 'self-inflicted'? It would be monstrous to take such a view.

While the SNP in government works on streamlining hate crime legislation in Scotland, they must act to ensure that anti-Palestinian racism is not normalised but rather dealt with firmly within their own party and wider Scottish society.

This is not a debate about history; today Israeli forces are attacking Palestinians wishing to pray at the Al Aqsa Mosue during the Eid celebrations and Palestinian families face eviction from their homes in Jerusalem to make way for Jewish settlers.  Israel confiscates, bulldozes and destroys Palestinian land and homes while imprisoning, torturing and killing Palestinian women, men and children.

Richard Lyle is an active defender of this project; it is time the SNP took action against the foul racism that drives such advocacy.