Admit Israel is a Settler colonial state? Out of the Labour Party!

On the BBC Today programme this morning, Justin Webb introduces a piece (1:52 in) on the “horror” among many Labour MPs at the Party reinstating left-wing MP Chris Williamson, accused of alleged anti-semitism. Lord Charles Falconer is then allowed to dismiss any possibility that Chris Williamson is other than an anti-semite by presenting “indisputable evidence” that the MP is “being guilty of a pattern of behaviour”.

Lord Falconer and the BBC joined in the baying mob of Tom Watson, the Daily Mail, Boris Johnson (White supremacist Steve Bannon writes his speeches), the Guardian, Dame Margaret Hodge (who covered up child sex abuse when she was leader of Islington Council) in calling for Chris Williamson's scalp. Chris Williamson is not remotely an anti-semite.

Chris Williamson signed “a petition in support of a man called Gilad Atzmon” and, taken together with his defence of some who have been expelled from the Labour Party following baseless antisemitism allegations, the Lord Falconer insists this is “indisputable evidence of what he has done…because it is antisemitism”.

Webb then expresses surprise that "Pete Willsman…is actually still on the [Labour Party] NEC..[and] has said that he thinks the antisemitism issue has been whipped up by the Israeli Embassy…Huda Elmi who is on the NEC has called Israel a settler colonial state”.

Webb then asks what Labour MPs who are "horrified" about this should do – “plenty say they are”. He suggests they should leave the Labour Party.

Atzmon has been publicly repudiated by many prominent Palestinian figures for his openly anti-Jewish outpourings. He is a marginal figure who constantly attacks the Palestinian call for BDS. He is a follower of an extreme right-winger called Israel Shamir who wants to bring the BNP and all white supremacists into Palestine solidarity movements. (Curiously, Atzmon shares common ground with Lord Falconer, since he also insists that Israel is not a settler colonial state.) 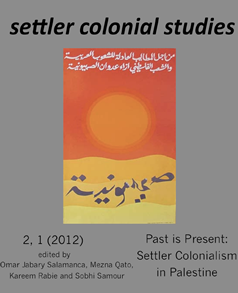 There is abundant evidence in the public domain of weaponised allegations of anti-semitism designed to inhibit and shut down discussions of Israeli war crimes and crimes against humanity; this has led some to a natural but careless tendency to treat all allegations of antisemitism as crying wolf.

Blairite Lord Falconer – “call me Charlie” – shared a flat with Tony Blair at one stage. Charlie helped Tony by getting the then-UK Attorney General to change his mind in the days before the British Army joined the US-led invasion and devastation of Iraq in 2003. The AttorneyGeneral then gave a legal opinionm on behalf of the UK Government that the UK Government’s crime was legal. The Times reported that

“Lord Falconer, a friend of Blair and now lord chancellor, urged Goldsmith to change his original view that war would be illegal. Falconer, then a Home Office minister and formerly a lawyer, was allegedly dispatched by Blair to try to address Goldsmith’s private concerns…There was huge pressure from Charlie Falconer.”

Falconer now says he “would love to come in” and oversee the witch hunting of all in the Labour Party who are guilty of “anti-semitism”. That doesn’t just include a veteran anti-racist MP such as Chris Williamson who didn’t read the small print on Gilad Atzmon carefully enough, but anyone who considers Israel to be a settler colonial project.

Having fought to get the British state to join in the devastation of Iraq and the mass murder of Iraqis in 2003, the wretched Falconer now fights Corbyn and those who might call for him and Tony to face the consequences of their criminal actions. He has good reason to make sure Corbyn and the Labour Party left are defeated.