Statement on the Glasgow march to mark Anti-Racism Day

As organisations opposed to all forms of racism, we regret that we are unable to support the march organised in Glasgow by Stand Up to Racism to mark the UN's International Day Against Racial Discrimination ("Anti-Racism Day")[1].

We are dismayed that Stand Up to Racism Scotland will once again be allowing organisations, whose purpose is to actively promote and defend Israeli apartheid and racism, to participate in the march. We believe that their presence is incompatible with Stand Up to Racism’s intention of celebrating International Day Against Race Discrimination - a day proclaimed by the UN to commemorate the 1960 massacre in Sharpeville, South Africa, of 69 people who were protesting the apartheid regime there. 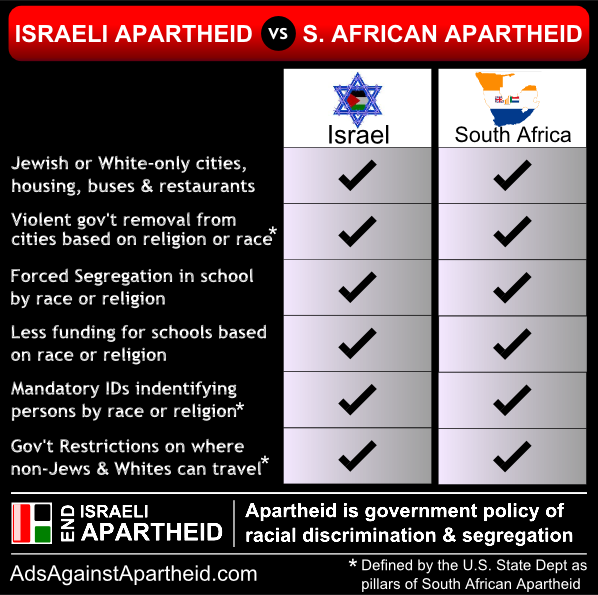 Glasgow Friends of Israel, as a component of the umbrella group COFIS (Confederation of Friends of Israel, Scotland), say they intend to join the march, as they have for the previous three years [2]. These organisations are part of the Israel lobby network in the UK that work in cooperation with the Israeli embassy and Israeli government officials. SUTR Scotland has refused to recognise COFIS as such and has rejected all requests that it should tell these groups that they are unwelcome because of their advocacy for state enforced racism and apartheid.

Our objection is not to individuals joining the march, which we agree should be open to all committed to fighting racism, irrespective of their ethnicity, religion or politics, but rather to the participation of organisations which exist for the purposes of defending the racism of Israel.

Glasgow Friends of Israel and COFIS work to undermine solidarity with Palestine and, especially, to counter the campaign for boycott, divestment and sanctions (BDS) against Israel [3]. The BDS campaign was launched in 2005 when Palestine civil society organisations called for broad boycott initiatives “inspired by the struggle of South Africans against apartheid and in the spirit of international solidarity, moral consistency and resistance to injustice and oppression.”

We, as organisations opposed to all forms of racism, endorse the finding by Richard Falk, former UN Special Rapporteur on human rights in Palestine, that Israel is an apartheid state [4].

Racism marked Israel's creation through ethnic cleansing – the Palestinian Nakba - and has been maintained through nationality and residency laws, through its treatment of Palestinians in the occupied territories and through its protection and support for illegal settlements. Israel's Nation State law, passed by the Knesset in July 2018, only reinforced Israel's structural racism, saying: “The right to exercise national self-determination in the State of Israel is unique to the Jewish people.”

In February 2019 Israel announced that it rejected the report by a UN inquiry that found reasonable grounds to believe Israel had acted unlawfully in killing participants in the peaceful “Great March of Return” protests held in Gaza over the last year. In December 2019 Israel rejected the International Criminal Court's right to investigate allegations of Israeli war crimes. Israel's ambassador to the UN, Danny Dannon described the move by ICC prosecutor Fatou Bensouda as "diplomatic terror" and Israeli transport minister Bezalel Smotrich claimed: "Everyone knows that the ICC is a political, antisemitic institution."

Israel’s apartheid regime responds to Palestinian peaceful demonstrators by killing and maiming. The South African apartheid regime responded in the same way to peaceful protestors in Sharpeville on 21 March 1960. That was the event that led the UN, in 1966, to declare 21 March as International Day for the Elimination of Racial Discrimination. The presence on the Glasgow march of organisations that defend Israeli apartheid mocks the victims of both South African and Israeli apartheid. 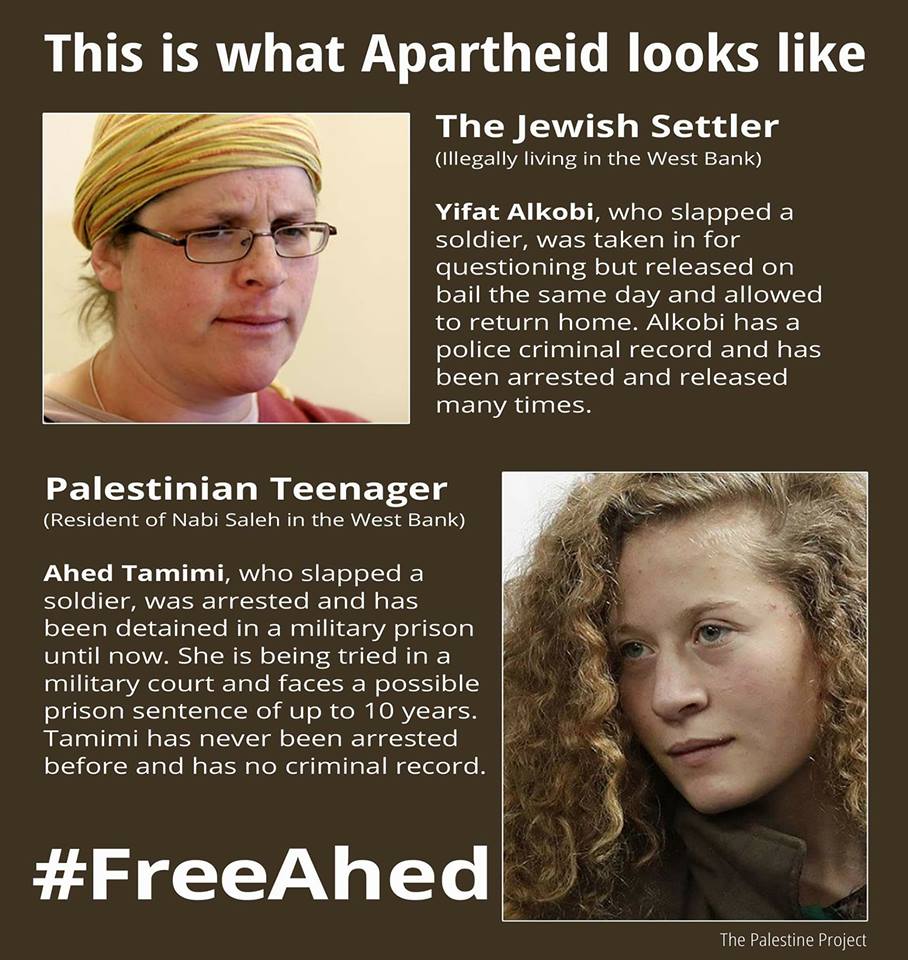 SUTR Scotland's response to COFIS and GFI has been particularly objectionable, but is said by SUTR Scotland to be in line with SUTR UK policy. It reflects an increasing tendency by SUTR to distort its position on racism to accommodate the Israel lobby and its allies. In ignoring Israeli state racism and reducing itself to a campaign to "Stand Up To Some Racism", SUTR risks dividing the anti-racism movement.

COFIS and GFI have increasingly used their participation in SUTR marches and meetings to attempt to present themselves as part of the anti-racism movement, while at the same time cheering the abuse of hate crime legislation against defenders of Palestinian rights. SUTR has joined GFI in treating defenders of Palestinian rights with contempt. This has already seriously damaged our collective efforts in Scotland to tackle the growing threat from racism and the far-right. If this and related developments around the UK continue unchallenged, they risk doing irreparable harm to the struggle against racism, including state-enforced and institutional racism, and the far-right.

COFIS's racist and manipulative strategies are widely recognised for what they are in Scotland's Palestinian diaspora, in its Muslim community and by campaigners for Palestinian rights. SUTR Scotland is ignoring the views of sections of Scottish society that are on the frontline of the struggle against racism. In doing so, it is failing to challenge the institutional Islamophobia that runs through our society and makes it hard for these communities to speak out effectively. This is especially the case when silence or normalisation with the state of Israel becomes a condition for cooperation and recognition of Muslim community voices.

Islamophobia is the dominant form of racism in Britain and across most of Europe. Muslims are not the only people threatened by its growth. Far-right organisations that have built themselves up by simultaneously exploiting and fuelling Islamophobia are increasingly becoming a threat to all of us. The threat to Jews is particularly immediate and acute because anti-semitism is integral to far-right ideology. Far-right organisations that have grown strong by promoting Islamophobia are now becoming more open about this while targeting left and progressive organisations. At the same time, Israel continues to consolidate its racism, promote the thuggish characteristic of the far-right everywhere, seek out friends from the global far-right, and showcase the apartheid regime against the Palestinian people as a standard to be emulated elsewhere.

We must resist this global trend and not allow Israel to be exempted from the struggle against racism. We cannot ask anti-racists to march along with organisations that are dedicated to suppressing a key element of the anti-racist movement.

We endorse the call by Palestinian civil society groups for anti-racist groups in Europe to coordinate Israeli Apartheid Week events with International Day for the Elimination of Racial Discrimination activities on March 21 [5]. And we call on anti-racists to unite and work to build an inclusive political culture that truly stands against all forms of racism.

We remain optimistic about the movement we are part of. It is much wider, more diverse and longer-established than SUTR. We commend the valuable work being done by committed anti-racists around the country and we hope they will reject the shallow and divisive strategy that SUTR is following.

1. The UN’s International Day Against Race Discrimination is held every year on 21 March. It marks the beginning of the UN’s annual Week of Solidarity with the Peoples Struggling against Racism and Racial Discrimination. Nowhere on earth is the theme of "Peoples Struggling against Racism and Racial Discrimination" exemplified more sharply than in Palestine.
The first of the annual Glasgow "Stand Up To Racism" demonstrations was held on Saturday 22 march 2014. The march was organised by Unite Against Fascism and supported by a wide range of organisations, including SACC. It was one of a constellation of events held across Europe to more or less coincide with the UN's International Day Against Racial Discrimination (21 March), following a proposal from the Greek anti-fascist organisation KEERFA in response rising violence of Golden Dawn and the murder of anti-fascist rapper Pavlos Fyssas (Killah P) on 13 September 2013. The UK Stand Up to Racism organisation was subsequently set up. The 2015 Glasgow march was organised in its name, supported by Unite Against Fascism, SACC and a wide range of other organisations. The first Stand Up To Racism Scotland conference was held in Glasgow on 17 September 2016. This marked the launch of Stand Up To Racism Scotland and led to the creation of a Stand Up To Racism Scotland committee

2. COFIS has joined or attempted to join each of the last three annual anti-racism marches organised in Glasgow by SUTR. SUTR Scotland has repeatedly rejected requests that it should tell Friends of Israel groups that they are not welcome on the march. COFIS and its affiliate, Glasgow Friends of Israel, say they intend to join the march this year (2020).

3. COFIS and GFI were set up in 2015. They are sometimes incorrectly characterised in the media as Jewish groups. They are not. GFI Chairman Sammy Stein says that GFI is made up of people of "all faiths and none". This would also be an apt description of COFIS. A high proportion of people involved in these groups are non-Jewish, many of them Christian Zionist. For more background about COFIS and GFI, see Who are Friends of Israel and Scottish pro-Israel group distances itself from former convener over racist Facebook page.

4."Israeli Practices towards the Palestinian People and the Question of Apartheid" by Richard Falk and Virginia Tilley, 2017. The report was commissioned and published by the UN Economic and Social Commission for Western Asia. It recommended:
"United Nations bodies, national Governments and civil society actors,including religious organizations, should formally endorse the principal finding of this report that the treatment by Israel of the Palestinians is consistent with the crime of apartheid."
Shortly after publication, UN Secretary-General António Guterres ordered the report to be removed from the UN website. The report can be downloaded from http://www.sacc.org.uk/sites/default/files/un_apartheid_report_15_march_english_final_.pdf