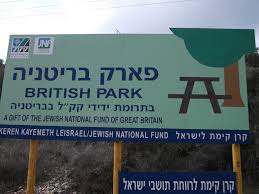 Each of us is forced to subsidise this sham charity that is actively involved in the ethnic cleansing of Palestine. Tony Blair is a Patron. The head of the Charities Commission, William Shawcross, is a founder member of the Friends of Israel Initiative. The ‘Jewish National Fund of Great Britain’ made ‘a gift’ of the land of Palestine villages to Israel to set up the British Park on land whose owners were violently driven out.

Support the beleaguered people of Palestine While the BBC and other media hourly cover the possible kidnapping of three Israeli settlers, aged 16 and 19, there is zero reporting of the Israeli Army’s mass kidnap of children and adults (including , opening fire on civilians, assaults and beatings, killings, obstruction of medical aid to the injured, night attack on an orphanage, invasions of three refugee camps and 34 towns and villages. Israel has taken the opportunity to inflict economic damage on the imprisoned population of Palestine. In Gaza, Israeli killings never cease. or email This email address is being protected from spambots. You need JavaScript enabled to view it.