The winners of the 2017 Palestine Book Awards will speak in a series of webinars on aspects of Palestine that can expand our knowledge base in ways that are essential to deliver effective solidarity with the Palestinian people.

Register for each webinar below.

Ella Shohat is an Arab Jew from a Baghdadi family now living in New York. She is Professor of Cultural Studies and of Middle Eastern Studies at New York University. On the Arab-Jew, Palestine and Other Displacements was written over 30 years and tackles the record of Zionism in relation to Arab Jews, a term Zionism seeks to make inconceivable.

An essay by Prof Shohat - Reflections by an Arab Jew
"I am an Arab Jew. Or, more specifically, an Iraqi Israeli woman living, writing and teaching in the U.S. Most members of my family were born and raised in Baghdad, and now live in Iraq, Israel, the U.S., England, and Holland. When my grandmother first encountered Israeli society in the '50s, she was convinced that the people who looked, spoke and ate so differently--the European Jews--were actually European Christians. Jewishness for her generation was inextricably associated with Middle Easterness. My grandmother, who still lives in Israel and still communicates largely in Arabic, had to be taught to speak of "us" as Jews and "them" as Arabs. For Middle Easterners, the operating distinction had always been "Muslim," "Jew," and "Christian," not Arab versus Jew. The assumption was that "Arabness" referred to a common shared culture and language, albeit with religious differences.

Register for the webinar with Ella Shohat here

The speaker in August is Ibtisam Barakat whose autobiograhical Balcony on the Moon; Coming of Age in Palestine has received critical praise.

"Lyrical and moving, Barakat’s first-person, present-tense story catapults the reader into a time when political tensions and the battle for human rights rage on, and the fight, not only for survival, but to have a voice is in full swing.

Not to be missed, this memoir is a wonderful additional to any library".  VOYA (Voice of Youth Advocates)

"Being Palestinian teaches you to be ready for any destiny." This is a compelling personal history, brimming with humor, wisdom, and empathy.” Publishers Weekly

This intense memoir paints a dark picture of growing up in Israeli-occupied Palestine, where “we are made to live with no land, no country, no rights, no safety, and no respect for our dignity.” Her father’s despair looms large. A memorable chapter read here by the author recounts his threat to kill himself by crashing his truck; the whole family insists on accompanying him on the ride.

Register for the webinar with Ibtisam Barakat here

US award-winning journalist and novelist, Ben Ehrenreich, on the themes of his critically acclaimed On the Way to the Spring: Life and Death in Palestine. The author spent three years documenting the lives of Palestine’s West Bank residents. He will share his first-hand experiences of the Friday demos in Nabi Saleh, where Ahed and her mother Nariman Tamimi were snatched in the middle of the night by Israeli soldiers  and other family members have been killed and severly woun

The 'spring' in the title is Nabi Saleh's water source stolen by the nearby settlement and the focus of the weekly demonstrations there.

Ben concludes his introduction to On the Way to the Spring "[T]his book is a work of optimism, and of hope...because even in their despair, with no reason to hope, people continue to resist. I cannot think of many other reasons to be proud of being human, but that one is enough.”

"A powerful and brilliantly realized scream of a book, scorching and tender, from a journalist whose anger and empathy burn through every word." Granta Publishers

"Ehrenreich reveals a Palestine that is defined not by loss, but by 'semi-magical' defiance and vitality. Despite their land 'vanishing beneath their feet', life continues and, as one young resident puts it, remains 'beautiful'. Financial Times

Register for the webinar with Ben Ehrenreich here

Other speakers have agreed to speak during 2018 but remain to be scheduled:

PETTER BAUCK & MOHAMMED OMER
Petter Bauck worked in Palestine as a conflict advisor for the Norwegian Agency for Development Cooperation from 2000 to 2003. Mohammed Omer is a Palestinian journalist and recipient of the
Martha Gellhorn Prize for Journalism. The Oslo Accords: A Critical Assessment, examines the Oslo Accords; did the agreement have a reasonable chance of success? What went wrong? What are the recommendations today to show a way forward?
See 4-minute http://bit.do/MohammedOmer
& 21-minute http://bit.do/PetterBauck

Events you may have missed! 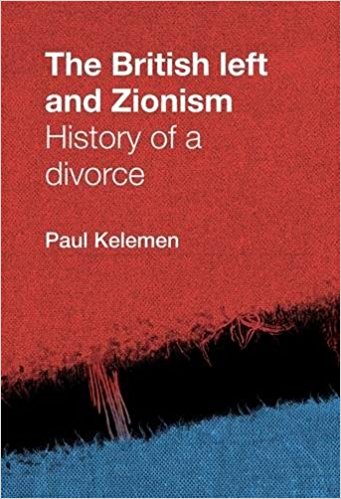 For the Thursday June 7th Palestine Book Awards talk Laila Parsons unfortunately has had to cancel. We are very pleased to confirm however that we will instead hear from Paul Kelemen, author of 'The British Left and Zionism: History of a Divorce' (Manchester University Press).


Kelemen will talk about the embrace of Zionism by most of the British left from the 1930s on, followed by a process of progressive estrangement as the realities of Israeli settler colonialism became clear.

Kelemen has written and analysed the current false antisemitism campaign inside the Labour Party and will include this subject on his talk.

Paul Kelemen is a Lecturer at the University of Manchester and a member of Sheffield PSC.

Review of The British Left And Zionism: History Of A Divorce
Morning Star by Chris Searle
http://www.psc-manchester.org.uk/event/the-british-left-and-zionism-a-history-of-a-divorce/

Samia Halaby is a renowned artist whose work is collected by the British Museum, the Guggenheim and other galleries around the world.

Drawing the Kafr Qasem Massacre powerfully tells the story of this atrocious Israeli massacre of 49 Palestinian labourers. The 1956 Kafr Qasem massacre was carried out by the Israeli Border Police under cover of the tripartite attack on Egypt by England, France, and Israel. Two other massacres took place during the ensuing days in the cities of Rafah and Khan Younis, where over 400 Palestinian civilians were slaughtered by Israeli troops on their way to Egypt. In Kafr Qasem, an artifice was created to provide a fig-leaf excuse for the killing of innocent people — a curfew announced less than a half an hour before it was implemented. Workers returning home, tired and hungry, unaware of the curfew, were cold-bloodedly shot dead by members of the Israeli Border Police. Based on interviews with survivors, Samia Halaby created a set of documentary drawings on the subject. The emotions of anger and fear leap from every page of this book, enabling the reader to bear witness to the terrible suffering endured by the inhabitants of this small Palestinian village.

One of the killers later told an Israeli paper: "We were like the Germans. They stopped trucks, took the Jews off and shot them. What we did is the same. We were obeying orders like a German soldier during the war, when he was ordered to slaughter Jews."

The workers said "shalom" to the officer, who then asked them "Are you happy?" The workers answered "Yes". The police descended from their vehicles and ordered the workers to stand; the officer then gave orders to his men, saying: "Harvest them".  (Testimony of survivor Abdullah Ismeer Bdier)

We're proud to host an evening of discovery and discussion about the Palestine Book Awards, featuring a telelink interview with writer and activist Haifa Zangana and a talk given by the Scottish Palestine Solidarity Campaign.

Haifa will be speaking about her involvement in founding the awards in 2012, as well as their ongoing mission to celebrate English-language books about Palestine and encourage publishers to solicit more writing on the subject. With submissions for the 2018 awards opening recently, there will also be a discussion of contemporary writing on Palestine in general, and the import 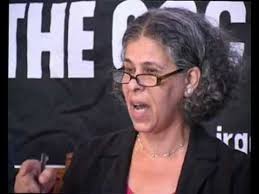 ance of drawing attention to the lives and culture of Palestinians.
This will be a unique opportunity to learn more about a vibrant strain of literature rarely highlighted in the media, and attendees will also be able to buy books which are shortlisted for the 2017 prize. The Lighthouse Bookshop stands in solidarity with the people of Palestine, and we invite you to join us for this evening of lively discussion and learning.

Haifa Zangana is a Kurdish-Iraqi novelist and former prisoner of Saddam Hussein's regime, whose works include Not One More Death (2006) and War With No End (2007). She has advised the UNDP and Brussels Tribunal, and contributed to al-Quds, the Guardian, Red Pepper, and al-Ahram Weekly 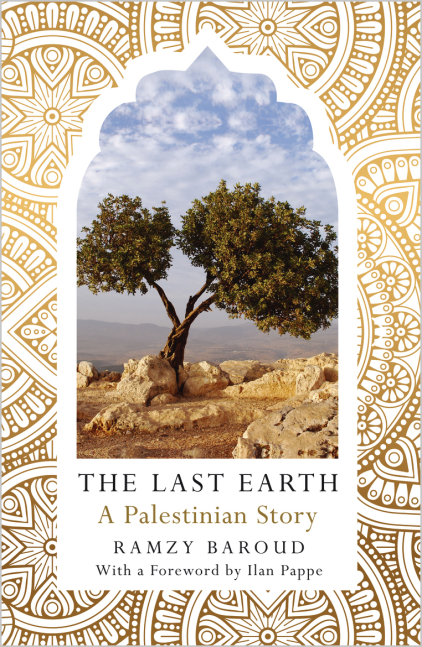 MZY BAROUD
APRIL 5th  7pm (except Inverness)
(Ramzy Baroud will also be speaking in person at the venues listed below)
The second talk of 2018 is by Palestinian author Ramzy Baroud, editor of the Palestine Chronicle. Ramzy's past works include My Father Was a Freedom Fighter: Gaza's Untold Story. His latest book from Pluto is The Last Earth: A Palestinian Story, described by Noam Chomsky as "in the finest tradition of people's history".

Baroud said that he wrote The Last Earth: A Palestinian Story "to relocate the centrality of the Palestinian narrative from an Israeli perspective to a Palestinian one, especially one that overlooks the typical elitist narrative and focuses instead on retelling the story from the viewpoint of ordinary, poor, underclass and working-class Palestinians.”

"Reading The Last Earth is like walking round a gallery of old master paintings, each telling its own harrowing and often beautiful story about the same episode in human history."Ilan Pappé