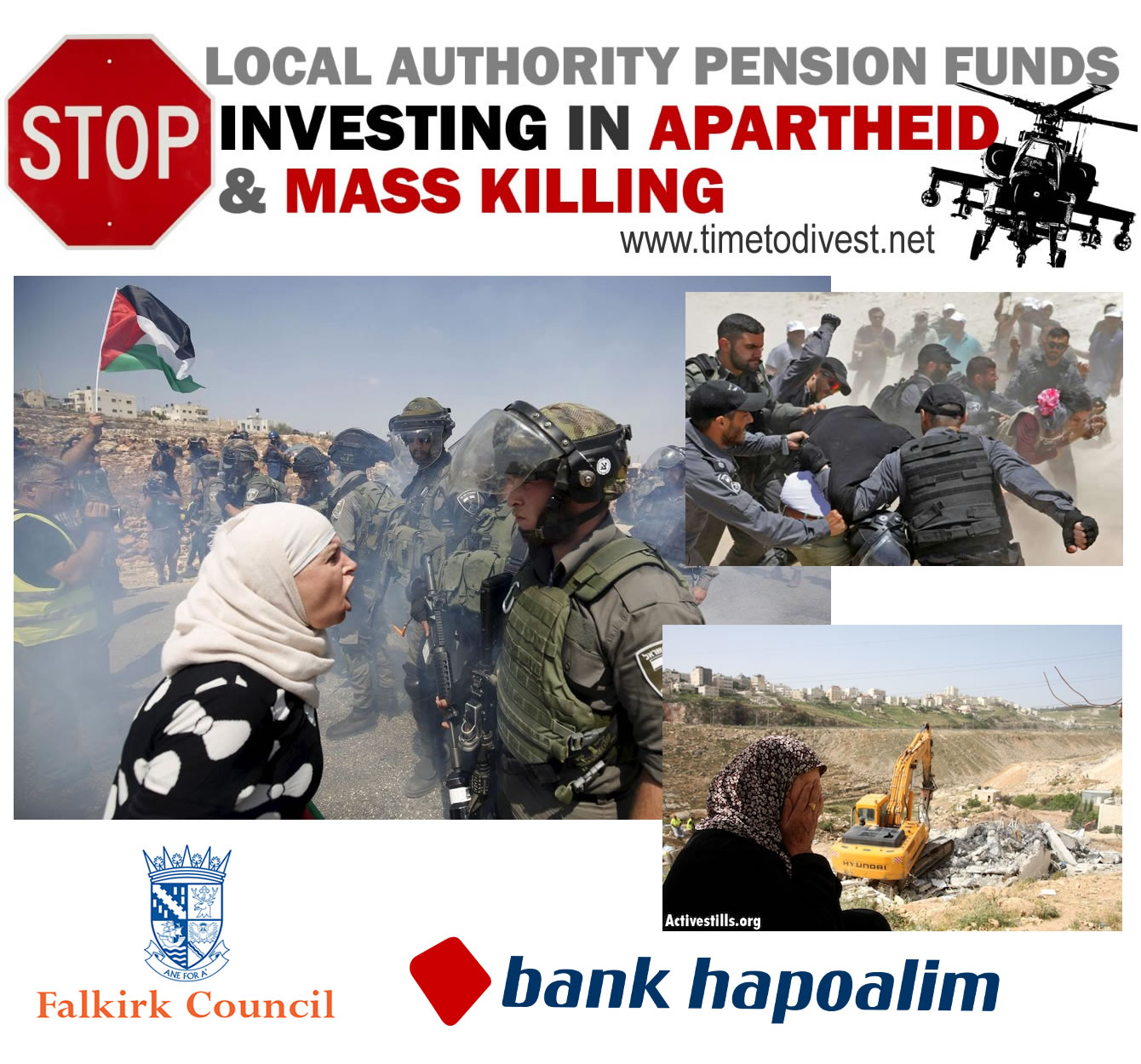 Scottish Palestine Solidarity Campaign have been campaiging through Time to Divest for divestment from Israeli Bank Hapolaim for several years. Billy Briggs reports on the corruption scandal engulfing the Bank today in a story carried by both The National and The Ferret. Lothian Pension Fund (LPF) invests in Bank Hapoalim, Israel’s largest bank, which has been fined in the US for “criminal conduct” relating to a major corruption case...
===========================

"...Bank Hapoalim has pleaded guilty to criminal conduct and agreed to pay $875 million to the US authorities in a deferred prosecution agreement. LPF said it was “disappointed” at the development and would “engage” with the bank.

The bank has been at the centre of global calls for divestment due to its financing of illegal settlements in the West Bank and was blacklisted by the UN.

Critics of Bank Hapoliam are now calling on Lothian Pension Fund calling on it to stop investing in the company...

In 2018 Falkirk Pension Fund sold its shares in the bank, as reported by The Ferret.

The Scottish Palestine Solidarity Campaign (SPSC) has written to Lothian Pension Fund calling on it to disinvest from the bank. It accused the fund of investing in a company that had been “involved in corruption”.

“These revelations follow the publication in February 2020 of the UN Human Rights Office list which names and shames 112 companies, of which Bank Hapoalim is one, that are complicit in Israel’s violations of international law and the human rights abuses that inevitably result from these in the Occupied Palestinian Territories.

“LPF publicly states a commitment to ‘responsible investment’ and that ‘engagement’ with companies on environmental, social and governance matters is its main approach to achieving this. It is a commitment that is clearly not realised in relation to companies such as Bank Hapoalim.

“A number of the 11 funds in Scotland had investments in Bank Hapoalim but both Falkirk and Tayside have now sold off all shares, leaving LPF as the only local authority fund in Scotland continuing to invest in the company.”

Full story in The National
& The Ferret