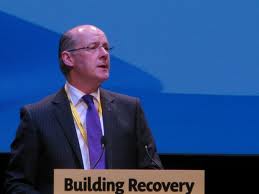 Write to your MSPs and ask them to sign Scottish Parliament motion S4M-02992 which addresses a Scottish Enterprise grant, in October 2010, of a grant worth £200,000 to Eden Springs UK Ltd.

Write to your MSPs

Eden Springs UK Ltd and Eden Spring Europe BV are owned by Eden Springs Ltd/Mayanot Eden, which is complicit with the state of Israel in war crimes. Eden Springs Ltd/Mayanot Eden profits from the illegal occupation of the Golan and through the theft of water resources from the Occupied Territory. This territory has been occupied and colonised by Israel since 1967 in violation of international law and many UN resolutions. Eden Springs' operations are based in illegal settlements in the Golan and the Hague Regulations (1907) expressly prohibit both the use of natural resources from occupied territory for commercial gain (article 47) and also the privatisation of these resources (article 55).  Eden Springs Ltd is unquestionably in violation of these regulations.

An amendment (S4M-02292.1) clearly misrepresents the information that is readily available regarding Eden Springs UK Ltd. As outlined above, Eden Springs Ltd/Mayanot Eden is the owner of Eden Springs UK Ltd and Eden Springs Europe BV; and it has never been claimed that the water in the coolers in the UK and elsewhere in Europe are sourced from the Occupied Golan. Scottish PSC and other organisations such as War on Want object to the complicity of Eden Springs in Israel's illegal occupation and violations of human rights and international law.

There is no requirement for the Scottish Government (and Scottish taxpayers) to provide support for Eden Springs UK Ltd. There are many other water cooler companies that could be supported in order to promote job creation in Scotland, particularly those companies that do not have the resources of multinationals such as Eden Springs. Eden Springs UK Ltd has been a particularly aggressive company in buying up smaller companies across Scotland, and a Scottish government strategy of funding such a company is questionable.

Of particular concern to us is the chain of events that led to the decision to award £200,000 to Eden Springs UK Ltd which appears to show clear Scottish Government support for the settler company.

- 5 January 2010, John Swinney MSP, in his capacity as Cabinet Secretary for Finance & Sustainable Growth, met with the UK Managing Director of Eden Springs.

- 27 January 2010, in an article in Israeli business magazine 'The Marker', Israel's Ambassador to the UK Ron Prosor reveals that in Scotland "we are working so that [Eden Springs] sales will indeed not be hurt".

- 3 October 2010 the media reports the grant awarded to Eden Springs and Jean-Marc Bolinger, UK Managing Director of Eden Springs UK Ltd said that "the company's shareholders had been reassured by the support it had received from the Scottish Government and Scottish Enterprise".

Such support only legitimises the company and promotes a brand that is profiting from illegal occupation of territory and the human rights abuses associated with that.

Ask your elected Members of the Scottish Parliament to express their support for motion S4M-02992 and refuse to allow Eden Springs a cover for their role in maintaining an illegal occupation and the associated violations of international law and human rights.

On this day in 2015, Reykjavik city council rescinded their decision of a week earlier