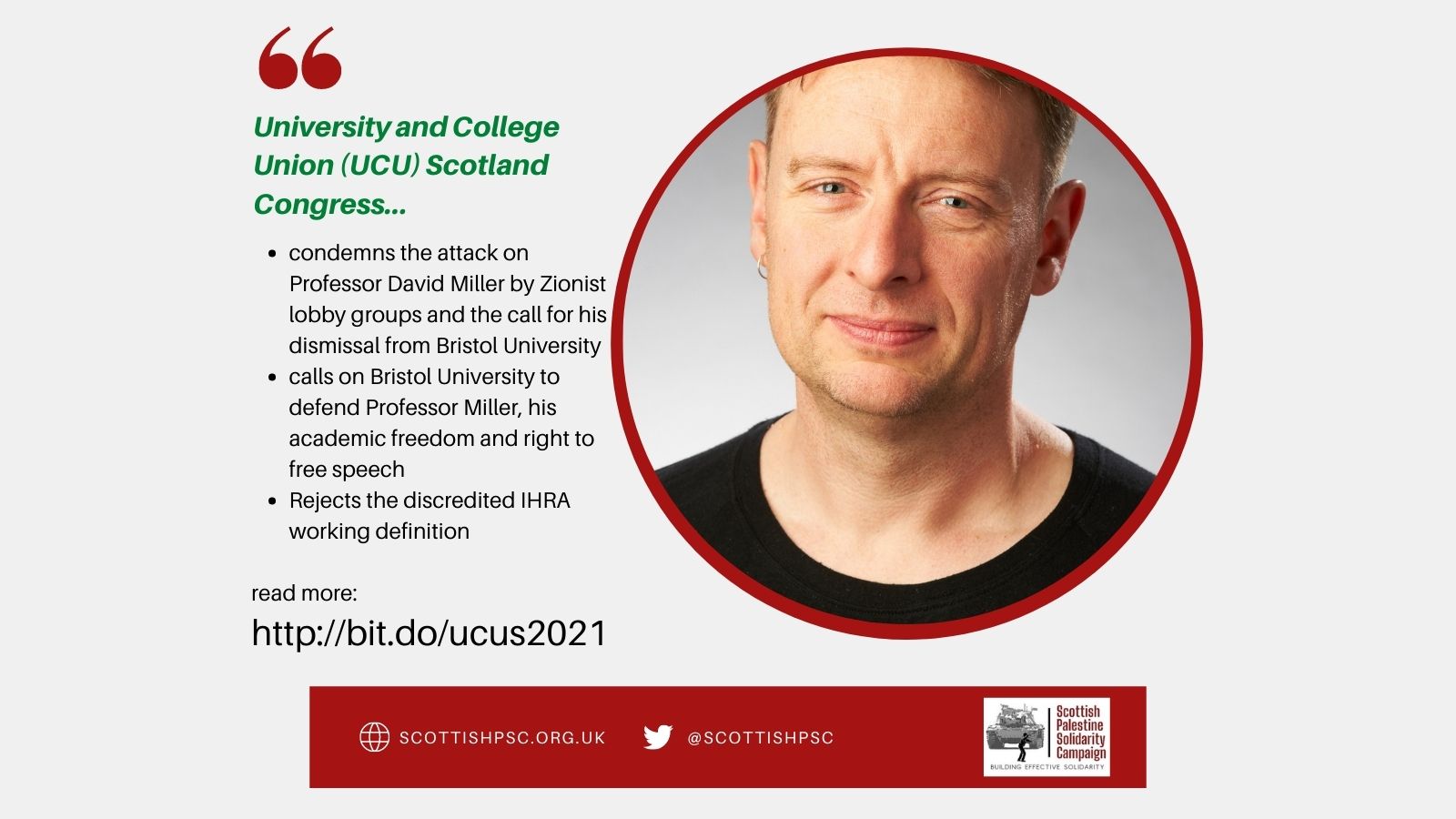 David Miller, a UCU member, is under attack by Israel lobby groups who are calling for his dismissal from Bristol University.  He is a target not only because of his political views, a supporter of Palestinian rights and an opponent of Israel and its political ideology, Zionism, but also because of his academic work which includes extensive research into the ‘Israel lobby’, the network of  pro-Israel organisations which exist in the UK. He is also well known for his research on Islamophobia, including links between the Zionist movement and anti-Muslim networks globally.

One of the tactics used by Israel and its supporters to stop international civil society from responding the Palestinian call for boycott, divestment and sanctions against the state of Israel for its human rights abuses (BDS), is through the so-called IHRA definition of antisemitism and to accuse BDS supporters of being antisemitic. The IHRA is being used to protect Israel from criticism, has been rejected by Jewish academics and experts in antisemitism, and its use for this purpose has been rejected by the person who devised it. The decision by UCU Scotland Congress to reject the IHRA and to oppose it wherever it is being advocated in Higher Education is a significant move toward defending academic freedom and freedom of speech.

Congress notes with concern the pressure on English universities from the UK Secretary of State for Education to adopt the International Holocaust Remembrance Alliance definition of antisemitism (IHRA);

Whilst there is no requirement on Scottish universities to adopt IHRA, there may be pressure to do so.

Whilst the Scottish Government has adopted IHRA, it has made clear that public bodies are entitled to make their own decisions including adoption of BDS

UCU has already rejected a forerunner of IHRA.