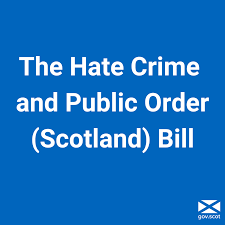 Human rights organisation Scottish Palestine Solidarity Campaign (SPSC) has called for the Scottish Government to clarify their plans for hate crime legislation in Scotland and to protect the legitimate right of citizens to campaign.

In response to the Justice Committee call for views on the Hate Crime and Public Order (Scotland) Bill, SPSC backs Lord Bracadale’s view that ‘insulting’ should be removed from the threshold of ‘threatening, abusive or insulting’ behaviour in relation to the stirring up of racial hatred. The concern is that legitimate criticism or debate might lead to “politically-motivated malicious or vexatious complaints”.

SPSC has also called on the Scottish Government to explain how their continued endorsement of the International Holocaust Remembrance Alliance's (IHRA) working definition of antisemitism, including ‘all of the accompanying examples of contemporary anti-Semitism provided by the IHRA’, is compatible with Lord Bracadale’s recommendation that political entities should not be protected under hate crime legislation. Several of the ‘accompanying examples’ risk confusing antisemitism with legitimate criticism of Israel. Campaigners are concerned that a text that has raised serious questions about implications for freedom of speech and right to protest will influence the implementation of the proposed hate crime legislation.

As part of his consultation, Lord Bracadale raised the question ‘Should an aggravation apply where an offence is motivated by malice and ill-will towards a political entity [such as a foreign state]?’.  The introduction to this question largely focused on the IHRA working definition. The Scottish Government reports that ‘74% (382) of respondents thought this should not be added to Scottish hate crime legislation’ and that ‘those opposed believed that it would be an infringement on freedom of speech and the right to political protest while also undermining existing hate crime laws’.  Those opposed included the Faculty of Advocates, the Law Society of Scotland, the Senators of the College of Justice and the Coalition for Racial Equality and Rights.

In explaining his final recommendation, Lord Bracadale used the 2010 case against SPSC for their protest against Israeli-state sponsored musical group the Jerusalem Quartet. Lord Bracadale said that ‘The right to engage in legitimate political protest is fundamental in a democratic society’ and that:

“The accused were members of a political organisation which campaigns against Israeli occupation of the Palestinian Territories and advocates boycott. The content of their remarks was political in nature, including a call for a boycott. The evidence did not permit the inference that their comments were made because they presumed the musicians to be Israeli or Jewish.”

“A new aggravation in this area would be difficult to legislate for and potentially contentious, and would therefore introduce complexity and uncertainty into the law. In addition, a new aggravation would be open to interpretation and abuse for political ends, and open to change over time, depending on the political climate.”

“A further argument was based on freedom of speech. Freedom to hold differing political views, and to debate those views, was fundamental to a democratic society and should be protected. This included freedom to subject political entities and foreign states to legitimate criticism. A new aggravation of this type could, therefore, have unintended consequences regarding the curtailment of freedom of expression and freedom of political debate.”

“There is a real risk that this legislation will invite malicious complaints from those who wish to silence criticism of Israel. This is not a minor issue. Even where no conviction results, to be prosecuted for hate crime would be especially harrowing, given the understandable stigma and the potential impact on family, employment prospects and personal reputation. Malicious complaints will be used to intimidate legitimate campaigners. Moreover, the historical and present experience of the Palestinian people living under brutal occupation, apartheid and settler colonialism and as refugees is being denied and potentially criminalised.

If the Scottish Government really believes that people must have ‘a greater and clearer understanding of hate crime and its consequences’, then they must accept that the IHRA working definition is incompatible with freedom of speech, as raised by Lord Bracadale and important sections of the Scottish legal community”.