Stand Up To Racism Scotland have created the conditions where COFIS, an extreme racist campaigning organisation, is publicly mobilising for the anti-racist march on March 16th, confident in the knowledge that the organisers will hold their noses and that march stewards will facilitate COFIS' inclusion in the march. This is a massive own goal for the anti-racist movement in Scotland (and the UK?) and a victory for those cheering on the Israeli snipers on the Gaza boundary.

SPSC's statement of March 2018 deploring SUTR's admission of COFIS has stood the test of time and we ask you to read it in the light of developments in the last year. We add the following points:

1.  SPSC never intended or called for individual Zionists to be thrown off any march. Our objection is to organisations which actively campaign to support Israel and therefore their continuing crimes. We have in the past hosted Noam Chomsky  and Norman Finkelstein, two of Israel's harshest critics who, it can be argued, operate within a Zionist perspective that supports a Jewish state in Palestine. We had Uri Avnery, who died last August, speak by live link to a large protest in Glasgow some years ago. 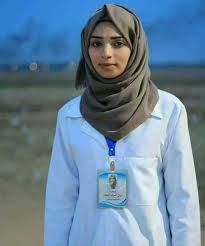 2. The depravity of COFIS is revealed in the racism of their public social media posts. Multiple, uncontested smears of Jeremy Corbyn as a Nazi Jew-hater are topped off by a claim that Razan Najjar, a young Palestinian medic killed by an Israeli sniper while tending the wounded on the Great Return March, may have been "raped by Hamas...to get killed while shielding other terrorists". Sick, certainly, but also ironic since COFIS exists to support the Israeli military, whose current Chief Rabbi has endorsed the rape of Palestinian women in wartime if it boosts soldier morale.

3. A march is always a grouping of people united in a common goal; marchers come together to send a unified message to the wider society. To march with COFIS is to be contaminated by their racist filth; a small amount of sewage is enough to pollute a large reservoir. We are among many who are unable to march alongside an organised front group for the Israeli Embassy that jeers at the Palestinian victims of Israel's ongoing massacres.

4. All involved should ask SUTR what words or actions would lead to a group being told they were unwelcome on March 16th. The BNP and EDL both deny they are racist, as convincingly as do Friends of Israel groups, who openly cooperate with the EDL. Since support for racist mass killings and the maintenance of the Gaza concentration zone is not enough to invoke a ban, what behaviour could?

5. Why is Israel absent from the list of extreme right governments in SUTR's recent statement on the rise of the racist right internationally? The incumbent Israeli Prime Minister, who stands in the Zionist political tradition once condemned by Albert Einstein and many others as “akin to the Nazi” Party, has just forged an electoral alliance with a Judeo-Nazi Party, Jewish Power, even further to the genocidal right.

6. For almost a year, Israeli snipers have been picking off  Palestinians demonstrating for their right of return, killing unarmed men, women and children, double amputees, medical workers, journalists. COFIS supports this mass killing, and every other crime of the State of Israel. Yet SUTR asks us to march alongside such an organisation.

7. No honest supporter of Palestinian freedom will fly Palestinian flags alongside Israeli flags and the banners of COFIS for to do so is to provide a cover for these supporters of Israeli crimes.

We again call upon SUTR to tell Friends of Israel groups that their banners and flags, symbols of oppression and a racist state, are not welcome on an anti-racist march.

We urge all who stand by the Palestinian people at thisw dangerous juncture to join, suppiort and build the national demonstration called by the Palestine Alliance, of which Scottish Palestine Solidarity Campaign is a member
Saturday March 30th in Edinburgh.
Assemble Foot of the Mound 2pm

Scottish Palestine Solidarity Campaign
27 February 2019
This email address is being protected from spambots. You need JavaScript enabled to view it.